Oakland Raiders has been a part of the NFL since the 1960s, and they have built a great fanbase. The Oakland Raiders from 2008 to 2018 have an attendance average of nearly 58,000 people. There is countless other diehard Raiders’ fan, but it seems it was not enough for the Raiders’ franchise. The franchise is familiar with moving and returning to the city Oakland, California; however, when the city of Las Vegas, Nevada came calling with help and support to build a new stadium that is estimated to cost almost $1.9 billion, the Raiders decided to make the move. The move to Las Vegas, Nevada in 2020 would be the first time the franchise moved out of state. It would also mean that there will more than likely be no return. There are many fans feel that this is not right, and there are other fans who ready to welcome the Raiders to a new city.

There are fans everywhere who cheer for the Black and Silver, the Oakland Raiders. They remember the Heidi Bowl game that occurred in 1968, when coach John Madden joined the team in 1969 and the three Super Bowl wins that occurred in 1977, 1981, and 1984; however, they will not forget Raiders move to another city. The news of a move to Las Vegas, Nevada was not well-received by the fanbase that exists in the state of California. There are football fans who will continue to be Raiders’ fans despite where they play. There is a fanbase for the Raiders in the city of Sacramento, California who will be sad who will not be able to load up the buses to take trips to see the Raiders play. The Raiders fans in the city of Las Vegas are split into two groups. The first group of fans likes the idea of having a new professional football in their city. The second group of fans like having the team in Oakland, and its’ football tradition to have the Raiders playing in Oakland; therefore, they do not want the Raiders to move.

Many of the fans despise the move because they feel the move is about putting more money in the pockets of owners. There are fans who will support the Raiders but felt more could have been done to keep the Raiders in the City of Oakland. Fans do not want to give up the traditions of going to games and tailgating. Many fans of the Raiders will continue to cheer for Raiders, but they will not buy any merchandise with the name Las Vegas Raiders. The city of Oakland has gone as far as to create a lawsuit against the team. The lawsuit was done because the city felt the Raiders needed to be held accountable for damages to city and fans that will be caused by the move to Las Vegas. The city residents also are still paying for renovations to the stadium that lured the team back from the city of Los Angeles in the mid-1990s. The cost is estimated to be nearly $100 million. Many fans who fill the Black Hole, the nickname for the Raiders’ stadium, would consider going to Las Vegas to check out a game and to see how the new stadium would look. There are fans who swear they will never visit the new stadium in Las Vegas.

There are many fans that feel the move to Las Vegas will never be able to recreate the camaraderie that exists in Oakland. There is a lot of football history with the Raiders franchise, and several bits of history for fans who grew up watching the Raiders play. The memories of loved ones attending the game and several other traditions cannot continue once the team moves. Many fans do not agree with it. The fans feel the NFL and team does not care about a loyal fanbase instead it is all about the revenue that can be gained with a move to a new city. Some fans feel if the Raiders want to leave, the team should be required to change the name. It is more of an effort to show they are loyal fans who feel the team belongs in Oakland and not in the middle of a desert that has no real football tradition. 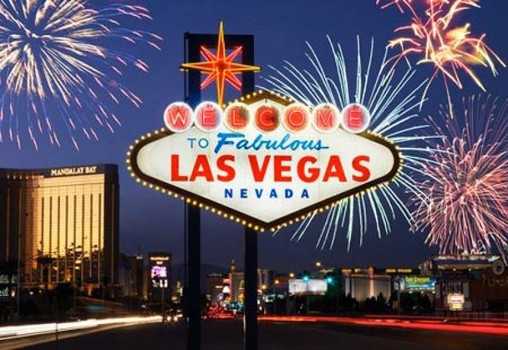 When a person is looking to plan a trip to Las Vegas they are going to want to gather as much information as possible about this city. They are going to want to know where to stay, what to do, and which hotels offer the best deals. People are going to be looking for information about attractions other than the casinos. There are some great websites that a person can go to so they can find out more information about Las Vegas.
VitalVegas.com
This is one of the most trusted sites for people that are looking for information about Las Vegas. The site is operated by Scott Roeben who is an Interactive Marketing Manager. He is employed by the Freemont Street experience which is one of the most active streets in all of the city. This site is updated often and has articles about the latest events and happening in Las Vegas. It includes special events and performances in the casinos and in the rest of the town. There are also articles about new things that are happening in the city. This website is operated by someone that is familiar with the town and understands the happenings.
VegasFanatics.com
This website is one of the most popular places and has a message board feature. People can ask questions on the message board and people from the town will answer them. This site has all of the information a person needs to know about Sin City. If they cannot find what they are looking for all they need to do is ask. The site has reviews of hotels and other attractions from visitors. They can get a feel for where to go and what to avoid. There are also stories that are posted from high rollers and others that have won big.
VegasMessageBoard.com
This is where people go to ask questions and get answers about Las Vegas. This site covers every topic that a person can be thinking about and they can find out everything they want to know about the city. They can get information on hotels and even reviews on the hotels. They can find out which resorts offer the best comps and where they may even be able to stay for free. There are also suggestions of some places that a person must see while they are in the town. This site has everything that a person would want to know about Las Vegas and what to do in this city.
TippingTheOddsLasVegas.com
This site is operated by Mitch and Dr. Kev who operated a post cast series in this city. They will post stories about everything that is happening in Las Vegas and everything that will be entertaining to people. A person will even be able to watch the podcasts that the hosts have taped and posted on this site. The hosts have been in Las Vegas for over 20 years and they have seen a lot in this time. This is a great place to learn about the city from people that have lived there and have experienced it.
LasVegas4Ever.com
This is a site where a person can also post questions and get answers about anything they may want to know about Las Vegas. They can read through the topics and learn about things that are of interest to them. This site has a number of great tips for getting around the city and provides ideas for every interest. This site has been around for over 11 years. There are already thousands of discussions about the city and this blog is updated on a regular basis.
These are some of the best websites that a person can go when they are looking for information on Las Vegas. These sites provide information on all of the hotels, attractions, and some interesting stories from the town. These are the sites where a person can learn all they need to know about Las Vegas.